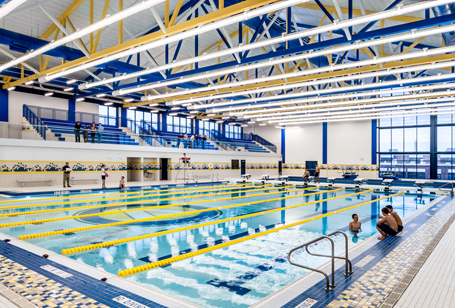 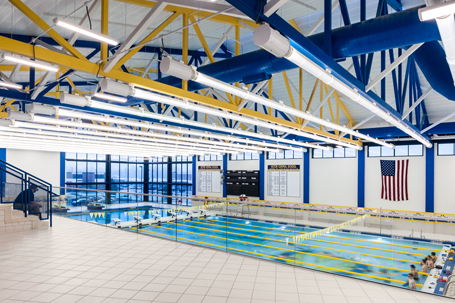 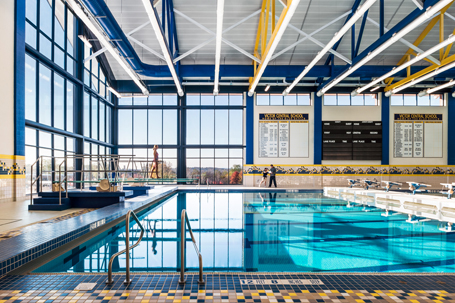 The existing pool was demolished in 2013 and in its place are now eight classrooms, an expanded senior high cafeteria, two locker rooms, four team locker rooms, and a junior high fitness center. The project also included multiple additions and renovations to existing buildings on campus. The VEC, which included an interior renovation of the existing administration wing, added six classrooms, along with an addition of five classrooms on the south side of the building. If the district needs more classrooms in the future, the addition at the VEC has been designed with the ability to add two floors.

The aquatic center is located just south of the Arts Center, near the retention pond on the Victor campus. The pool serves the Blue Devils Swim Team as well as the community as part of the parks and recreation program