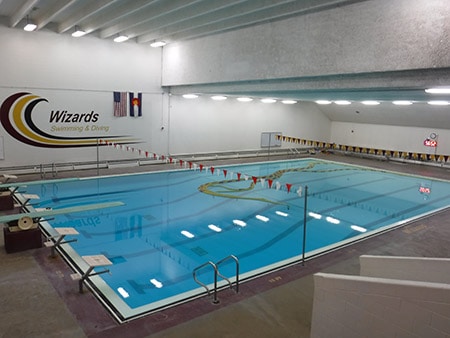 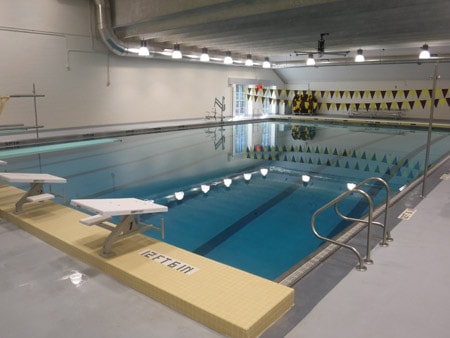 In November 2016, voters approved a $104.8 million bond for improvements for Weld County School District RE-4 that included the design and construction of a new high school, renovation and addition to the existing Windsor High School, and upgrades to ten other district educational facilities.

In January 2017, Counsilman-Hunsaker performed an assessment of the existing swimming pool which was constructed in 1977. Due to the pool’s age, several deficiencies were observed such as water loss, a cracked liner, the gutter system not providing adequate surface skimming around the perimeter of the pool, and an outdated mechanical system.

Pleased with the results from the assessment, Counsilman-Hunsaker was retained to complete the design renovation of the six lane, 25-yard lap pool and its mechanical systems.

The design and construction of the renovated pool make it a faster pool than the previous pool that was in the same location. One key change leading to faster water is that the pool was designed deeper at both ends, effectively reducing the amount of turbulence created by swimmers moving through the water. The pool depth was increased from three feet to four feet in the shallow end and from 12 feet to 12 1/2 feet in the deeper end under the diving boards.

Controlling turbulence or wake is accomplished with a new gutter system that also contributes to a faster pool. The gutters now more readily accept water flowing in rather than discharging it back into the pool, which would create additional waves.